Well my ideas on what to write are getting fewer and far between. I tried to gather tips and tricks learned in the past few months and no one had a thing to contribute! I guess everyone is just doing their own thing right now, and I don't blame them. I have a few tips and tricks I have learned, so I'll share those. Now, especially if you are brave enough to quilt or sew with friends right now, it's important to not have to lick your thread to get it through your needle. Thankfully I saw a great tip online from Tula Pink. She says she doesn't lick her thread to get it through her needle because the moisture from your saliva makes it expand after you thread your needle and that's why you often end up with it tangled. Who knew? She, instead, cuts her thread at an angle and so the tip is pointy and goes right in the needle. I tried it and bam, it works like a charm! And it really doesn't tangle as often (although I have noticed that getting my thread tangled when hand sewing is one of my specialties!). Not only is this useful if you don't want tangles and knots, but it's much more sanitary to trim your thread than stick it in your mouth.

Another trick I figured out on my own is how to iron half-square triangles so they don't warp. If you are sewing together squares and then cutting them on the diagonal to get half-square triangles, don't cut them apart before you iron them. Open one half up and iron it, and then turn it around and flip the other triangle up from the square and iron, being careful to only put your iron up to the other ironed seam, and then cut them apart. That way only one triangle has the opportunity to stretch instead of both, and it seems much less likely to do so!

Janet was happy to share information about a fun (and free!) Christmas pattern called “On the 12th Day.” She said that some sites, such as Connecting Threads, even have 12th Day fabric that goes with it. The fabric has lyrics and images from the song to make it even more festive. Here is a link, should you want to check it out! 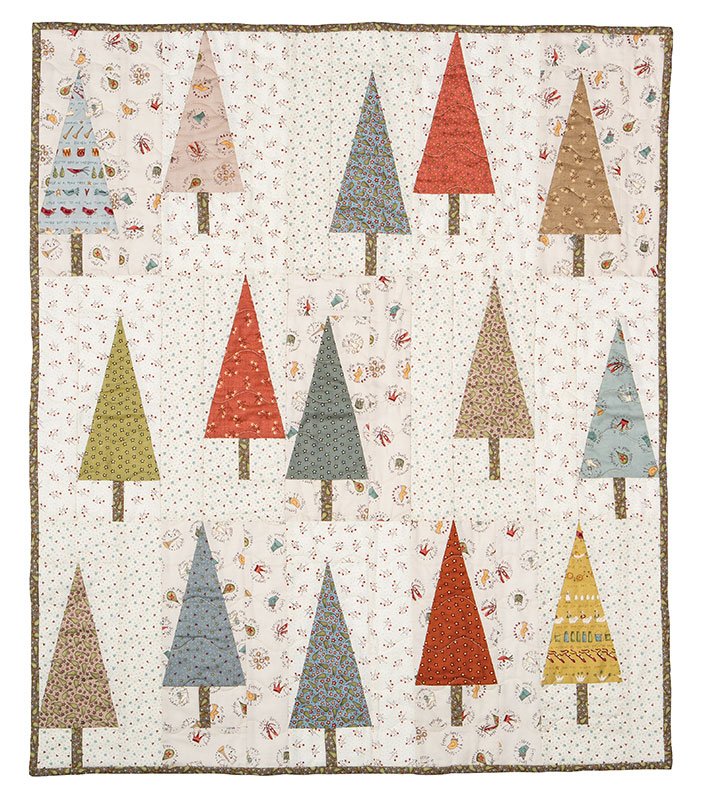 The fabric is also available there, if you're interested.

My mom also pointed out that AllPeopleQuilt.com has a good selection mostly free Christmas patterns, which I'll definitely be checking out after I finish writing this! Halloween's over so let's go Christmas patterns!

Me and my mom (or as Sue calls us, the Svoboda sisters!) have been sewing up a storm lately, which has been fun, but will come to a screeching halt when the Shirley half will be getting her knee replaced soon (we hope...there have been several hiccups out of her control since September). Several people in our group have hurt their shoulders and arms and have to (or had) surgery on them, but my mom had to be different and get her knee done. She always has been the rebellious one! They're just like the plumbing and my car, there's a global pandemic, so let's break down! Fingers crossed for all of them to have smooth surgeries and recoveries and for my mom not to have a too icky of an incision so when I help her post-op I don't pass out!

One more important thing to write about. We will be sad to see Jan move soon, but it’s a move she must make. We all wish we could have a goodbye party and hugs, but we'll have to have a retro-active one when she comes back for a visit! We'll all miss you Jan and are so glad we got to know you! Enjoy the East Coast and stay in touch!